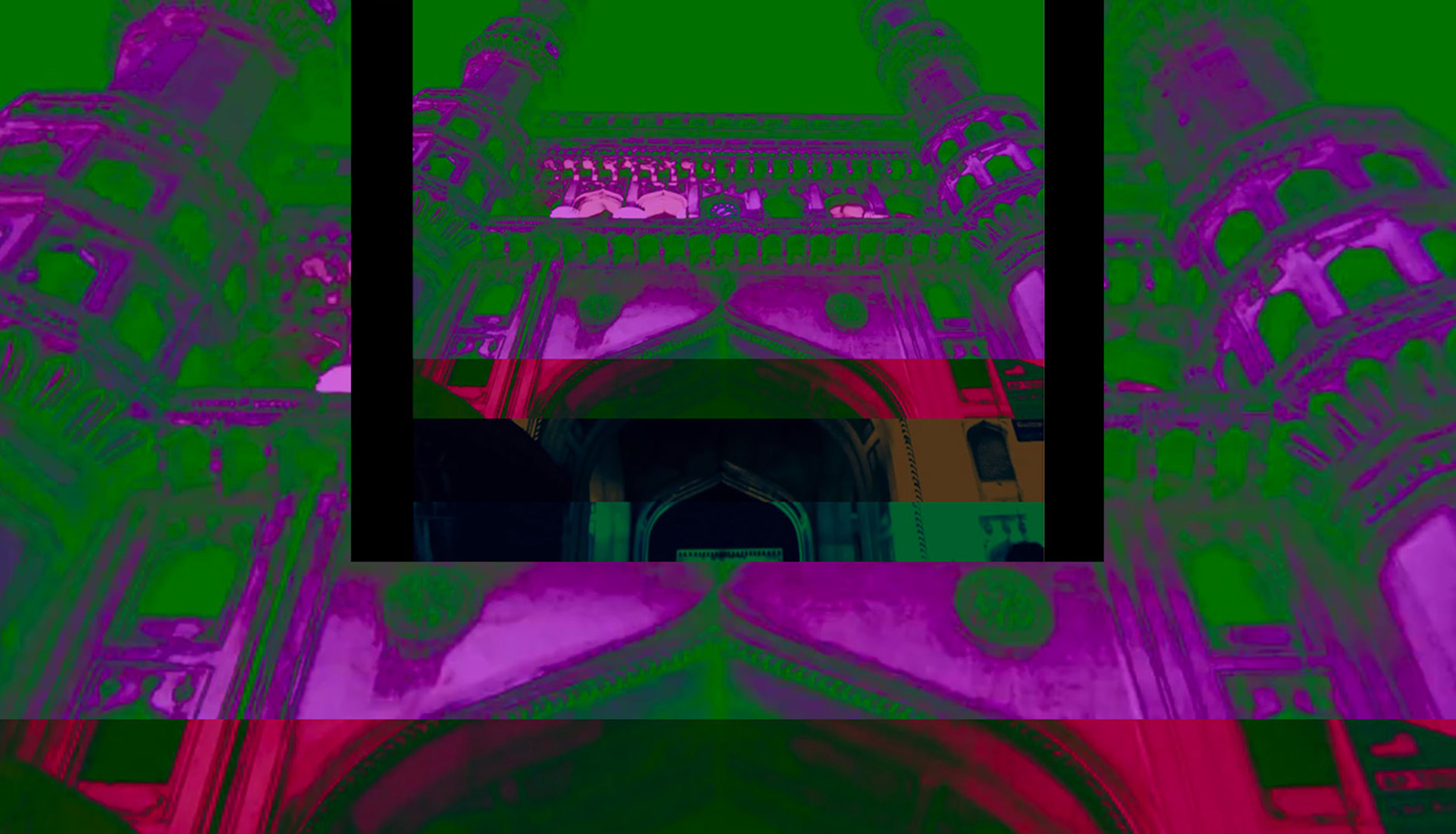 The Charminar (1591) is a large monument that features four minarets and four grand arches, which was designed and still retains its place as the centrepiece of the Old City of Hyderabad. The large structure contains ornate stone detailing, and combines an open space that acts as both shelter and symbolic paradise alongside graceful ‘minars’ that pierce the sky. Its multi-sided and open layout along with its use of form, space and light both echoes and pre-dates Modernist Architectural approaches and its position as the center of a then newly-planned metropolis has now become a symbol of a glorious, mysterious and historically rich city.

Charminar Films is committed to an avant-garde approach to creating new and innovative features, documentaries and shorts while also taking inspiration from historical movements in cinema and the rich cultural legacy of regions such as Hyderabad, Deccan or Ottoman Turkey.

Two of our feature films were produced and filmed on location in Hyderabad and made use of many historic sites dating from the era of the Qutb Shahi dynasty while the pilot episode of our TV series explored locations in Istanbul and the Black Sea region of Turkey. We have worked with broadcasters TV24 and TRT World as well as Arts/Film organisations in North America, Europe and Asia.

We are located North-East of Toronto, Canada in the city of Peterborough, ON and have a production office in Plymouth, UK. We collaborate and work with Style Press Photo in Hyderabad, India and Farabi Films in Istanbul, Turkey.

Having production offices and crews in different parts of the world, we offer creative development, production, art direction and post-production services including music composition, sound design and animated/visual effects. We work with a core team as well as additional professionals around the world.

Kaz Rahman is a Filmmaker whose style explores themes such as time, memory and narrative dreams as well as the convergence of fiction/documentary. Rahman has a BFA in Visual Arts from York University in Toronto and an MFA in Media Arts (writing/directing) from City College (CUNY), New York City. He is the author of the 2017 book Islamic Art and Modernism: Formal Elements in Painting, Architecture and Film and has been Lecturer in Film and taught numerous courses related to Media Art, Film Production, Cinema History and Cultural Theory at Universities/Colleges in India, USA, Turkey and the UK where many of his students have gone on to work in TV, independent Film, Documentary and Commercial industries. His work has been featured in publications such as The Times of India, The Hindu, The New Indian Express (India), Daily Sabah and Star Gazette (Turkey).

Hedi Hurban has showcased her collections at DSYN O4 (2004 Delhi, India) and has designed the costumes for the Operas Lampedusa (2019 Plymouth, UK) and The Mother of Fishes (2020 Pittsburgh, USA). She has a BFA in Visual Arts from York University in Toronto and a ResM in Computer Music from the University of Plymouth (UK); her interactive piece Dervish Sound Dress (2018) combines music, wearable body technology and live performance. Hedi is costume designer and actor in Salaat and the music composer on several short films such as Dead Body, Grand Theatre and Picture Palace, Bees Mecanique, the episode Green and Blue and the feature films Salaat and Deccani Souls.

Barış Çelik’s work in visual effects and as a colorist reflects his interest in graphic design and illustration. He has a BA in Cinema from Istanbul Sehir University and his work has been part of award-winning short films both within Turkey and internationally. He is one of the founding members of Istanbul International Experimental Film Festival and is currently lecturer in film editing/montage at Istanbul Medipol University. He is editor on Green and Blue and Rebeldes Baseball.

Andrew Weller has done location sound and post-production audio for various television shows and films. He has a BSc in Digital Filmmaking from the Art Institute of Pittsburgh and is currently the editor of the hit podcasts, RISE, Rise Together, and Straight Up! with Trent Shelton for The Hollis Co. He is sound mixer on the feature films Salaat and Deccani Souls.